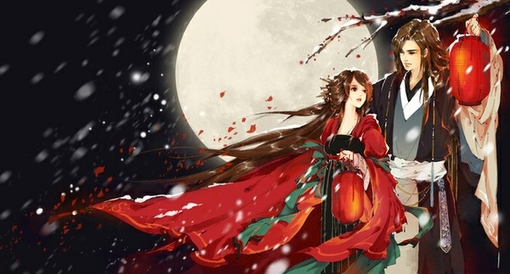 Bamboo Rain 雨竹 (Yu Zhu) – A fantasy wuxia novel it’s set in the warring states era, it blends martial arts, romance, ancient Chinese legends, folklore, politics of the Human, Demon, and God realms. The story follows the life of Yu Zhu, princess of the kingdom of Dian, whose world becomes strange as she leaves the protection of her kingdom and is thrust into a life of adventure and intrigue.

Yu Zhu （雨竹） – The princess who travels to the Demon Realms. She is highly intelligent and has a strong morality streak, but emotionally distant to most people. Yu Zhu is fearless in most situations, even if she knows the odds are against her. She and Lin Yu even started a gang of beggars to fight Ho Pa Lai and all the rich bullies in the town. She grew up in the inner palaces as the only child of the Emperor, whom she loves dearly. She is said to be as beautiful as her mother and does possess a great deal of martial arts knowledge.

Hua Er （花儿 ） – the Princess’s chief handmaiden. A highly trained warrior whose specialty is daggers tipped with poison. She takes her tasks very seriously and though is regarded and treated as a daughter to the emperor, she is in charge of the Princess’s education. She is fearlessly loyal and would always put the Princess’s needs above her own. She and Xu Long Hui share a special history.

Hong Yan Su （红淹速） – The youngest general and powerful heir of the Hong family. He is universally admired for his leadership and battlefield prowess. Hong Yan Su has time and time again shown to the Emperor that he is the most ideal candidate for Yu Zhu’s hand. The entire kingdom believes that they will eventually get married. His father was once the guard of the decesased Queen Xi Yang Xu

Xu Long Hui （许龙回） – A mysterious character whose identity causes an uproar in Yu Zhu’s kingdom. He is cold and ruthless, yet has a strong sense of obligation. Xu Long Hui’s past ties closely with his name and while he is slow to anger, he is slower to forgive.

Shan Ying Lang （山鹰狼） – A fearless fighter who is both intelligent and slightly obnoxious. He grew up in the mountains and have no real manners. When he first meets the Princess, she dislikes him but soon comes to realize that he’s actually a very good man. Even though his past is hazy and painful, he’s came out a strong and determined man. In terms of looks, he is ruggedly good looking the polar opposite of Hong Yan Su’s calm good looks.

Lin Yu （鳞玉） – 900 year old snake demon. The daughter of the Green Snake and niece to the White Snake. Magically gifted and very beautiful, Lin Yu is feared by most of the town boys for her aggressive fighting style and even more potent bite. Lin Yu is mischievous to a fault and rarely holds her words back. She and Yu Zhu are closer than sisters. 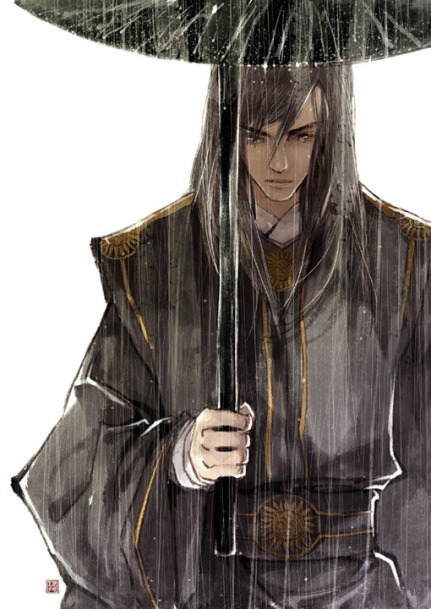 Wei Yun （围云）- A fallen god who was imprisoned to the Demon realms, just after he and his brother helped the gods to defeat the demons after the great war. For the battle against demons Wei Yun was give the Tai Shan sword, forged by the Jade Rabbit. Demons use Wei Yun’s name to scare their children, he is said to be feared even by the Gods.

I really enjoyed marathon-ing through the chapters (40 Chapters) posted thus far on dramatictealeaves blog of her novel. Her novel was really enjoyable and each chapter makes you want to continue and read more. There’s full of twist and turns that you don’t see coming when you first start the novel but you slowly realises and comes to light as you read on. A really well thought out plot and development. If you do have time please head over to her blog and support her on her fiction. I just felt like I should make a post on her novel to let more readers know about it. I promise you, you won’t regret spending your time reading this wonderful story.

I shall do an updated review once her novel is done.