Since this is such a long novel, I have decided to make a characters description post, this will make it easier for readers to follow the novel. I will be adding more characters as the story developes.

Su Qi Qi (苏七七) – The female lead of this novel. She originally was going to become the Empress of Yan, however she is replaced by her younger sister Su Meng Ru, who’s more beauty and smart. Qi Qu first appear as an ordinary weak and naive women. But you realise there’s more than meets the eyes. She has amazing endurance, she may not be an exquisite beauty but she is still beautiful, and best of all she has many hidden talents. She is no weakling to wait for “Prince Charming” to rescue her, very smart and knows what she needs to do in order to survive.

Mo Wen Chen (莫问尘) – The male lead of this novel. The second Prince of Yan. Citizen of Yan worship this man, which results in this elder brother (Emperor of Yan) to keep a wary eye on him. He is described as bloodthirsty, ruthless, and cold-blooded. As Su Qi Qi enters his life, she will change him in many ways.

Does this picture have a bratty Princess feel to it?

Hua Qian Zi (花千姿) – Princess of Bai Hua’s and also Mo Wen Chen’s cousin, who has been in love with him since young. She is ruthless and scheming, she’s so viscous that I find her perfect as the female villain of this novel. A perfect match for the equally ruthless Wang Ye, right? She also have a twin brother named Hua Qian Yi who lived in Bai Hua kingdom with her mother. 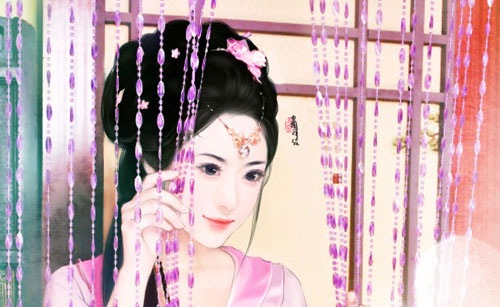 Since Su Qi Qi and Su Meng Ru are sister’s I tried to find a picture that had similar eyes to the picture I choose for Qi Qi.

Su Meng Ru (苏梦茹) – Su Qi Qi’s younger sister, who stole her position as the Empress of Yan. She is described as an exquisite beauty, and extremely virtuous and talented. Definitely scheming, which I think is necessary in order to survive in a blood filled environment such as the imperial palace. However I don’t think she is smart as she is described, she’s more like a pretty vase, good to look at but that’s it. 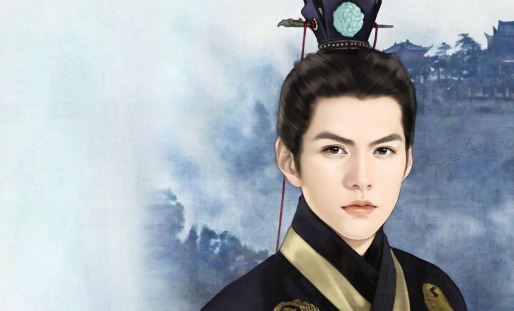 Mo Wen Xuan (莫问轩)  – The present Emperor of Yan, who is Mo Wen Chen’s elder brother. This man is equally ruthless as Mo Wen Chen, or perhaps even more to keep the current position he possess. However in terms of being a strategist and knowing where to place his cheese pieces in the game with Mo Wen Chen, he is no where near his younger brother’s level.

Lei Yu Feng (雷御风) – Lord Lei Bao, Mo Wen Chen’s left handyman. He would do anything for Wen Chen, because Mo Wen Chen was the one who saved his life. And Mo Wen Chen is willing to give up his entire military powers just to save this brother. Lei Jia Bao’s influences in the Southern Xin Jiang was powerful, all three kingdom wanted the backing of Lei Yu Feng.

Hua Chi (华迟) – Leader of the Hua Sha Gang (花杀帮), after failing to assassinate Mo Wen Chen in the revenge of his brothers, Hua Chi falls in love with Su Qi Qi. Although his love is only a one sided thing, I thought he would have made such a great second lead, a contender for her heart. Especially all the things he did for her. 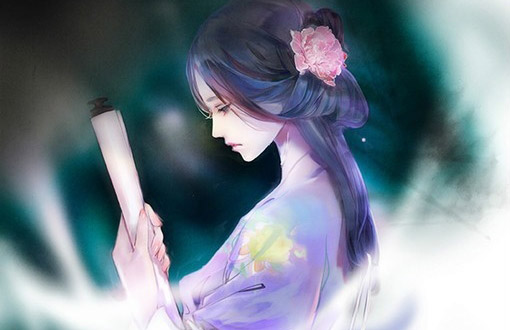 Xia Xiao Die (夏小蝶) – Su Qi Qi’s mother who appears gentle and harmless, but she’s hiding a big secret, which is linked to why she’s unfavored by the Prime Minister. There’s not much known at her background and how she possess the talent she does to teach Qi Qi the skills she currently have.

Su Shi Shang (苏世昌) – Si Qi Qi’s father, the Prime Minister. This man is ruthless even when it comes to his own flesh and blood. This man is useless as a man and also unworthy as a father. He has a complicated past with the Empress Dowager.

Fen Wen (焚文) – There’s not much that’s known about him besides he has renown for his jade flute skills and have saved Qi Qi from the edge of the cliff from when was attacked by assassins. He also a talented miracle doctor. 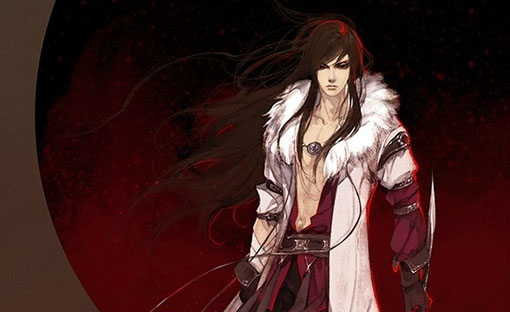 He Yi Tian (贺一天) – The leader of the top assassins Ying Ren Lou Jiang (影刃楼将). After his reputation is ruin by Mo Wen Chen, he heads of the south of Xin Jiang and works for the Crown Prince of You Zhen kingdom, Xu Wei Ran. 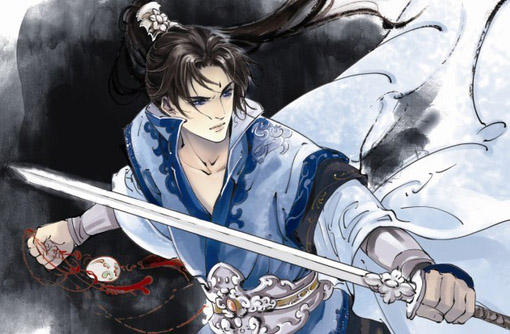 Leng Yan (冷言) – Mo Wen Chen’s personal bodyguard with exceptional martial arts skills. If Lei Yu Feng is considered his left handyman, this man will be his right. He is a man of not much words.

Empress Dowager – Has a complicated past with Su Shi Shang and Xia Xiao Die. Being in the Imperial Palace for many years has turned her into a scheming and cold-hearted woman. 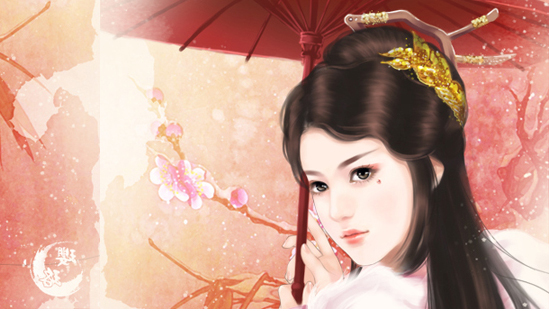 Xiao Su Su (萧素素) – Daughter of the Xiao’s family third daughter. Xiao Family has an influential status in the Bai Hua Kingdom (百花国), they hold half of Bai Hua’s Kingdom military power and seal. She is betrothed to Ao Yun Kingdom’s (傲云国) Ninth Prince, Bai Li Mo since birth. Originally her mother Xiao Nuan Xin (萧暖心) was the one who was betrothed to him. She is describe as an immortal beauty, who is more beautiful than the number one beauty of Yan, Su Meng Ru. 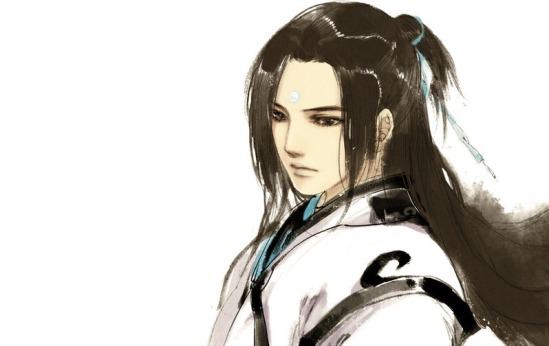 Bai Li Mo (百里漠) – Ninth Prince of Ao Yun Kingdom (傲云国) originally betrothed to Xiao Su Su, but upon hearing she’s mentally challenge, he back down on the marriage promise. After finding out how amazing she is, he tries all means to win this amazing woman back.

Xiao En (萧恩) – Son of Xiao First Miss’s, who is talented and Xiao Su Su’s person to turn to in the Xiao Family. 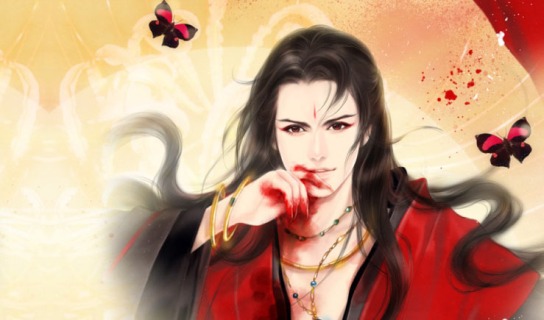 Hua Qian Yi (花千叶) – Eldest son of the Bai Hua Queen, Hua Qian Zi’s older brother, they have fight for the Bai Hua throne. Although he is a male, but he has a strong political power backing him. I think viciousness runs in the family. 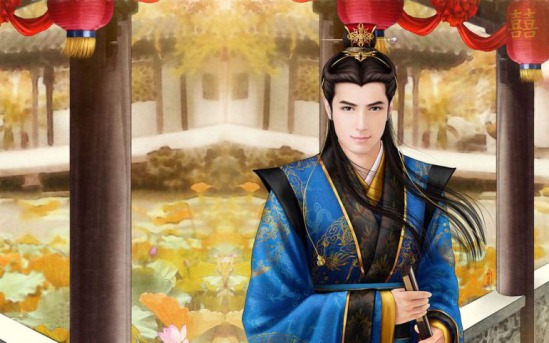 Xu Wei Ran (许未然) – Crown Prince of You Zhen kingdom. He is described as a charming man, but a very faithful man towards his Crown Princess.